Posted on October 6, 2016 by groundswellbasscoast 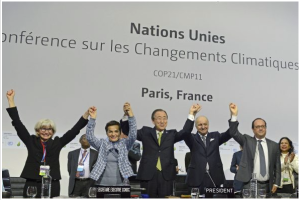 Please sign >pledge> via GetUpCommunity to let Minster for Energy and Environment know you’re not happy Australia is an outcast until we ratify, with 55% of countries with 55% of global emissions, per COP21 climate change commitment…

New Canadian prime minister Justin Trudeau, however, has signalled a major change in direction. This week he mandated a national carbon trading scheme, that will set a carbon price of $C50/tonne by 2022. “After decades of inaction, after years of missed opportunities, we will finally take real and concrete measures to build a clean economy, create more opportunities for Canadians, and make out world better for our children and grandchildren,” Trudeau told parliament.

“Mr Speaker, we will not walk away from science, and we will not deny the unavoidable.” Canada is expected to formally ratify the Paris deal this week.

“A key reason why countries have moved so fast after Paris is that they now recognise the great attractiveness of the growth and development paths for both rich and poor countries that will result from the transition to a low-carbon economy,” he said.

“In the run-up to COP 22 (Marrakech, Morocco from 7-18 November 2016), we expect these initiatives to gain momentum as investors and businesses seek to be a part of, and contribute to, the low-carbon transition.”

But, not in Australia.

This is on behalf of local climate change group. Material is selected by Bernie McComb and does not necessarily represent opinion of whole group.
View all posts by groundswellbasscoast →
This entry was posted in Events local and tagged climate emergency declaration, Pledge ratify COP21. Bookmark the permalink.